Since 2016, an individual accused of drug trafficking in Peru has lodged 10 defamation suits against journalists from different media organizations seeking more than US$500 million. Óscar Castilla from Ojo-Publico.com and Edmundo Cruz from La República are the subjectsof four of these actions. 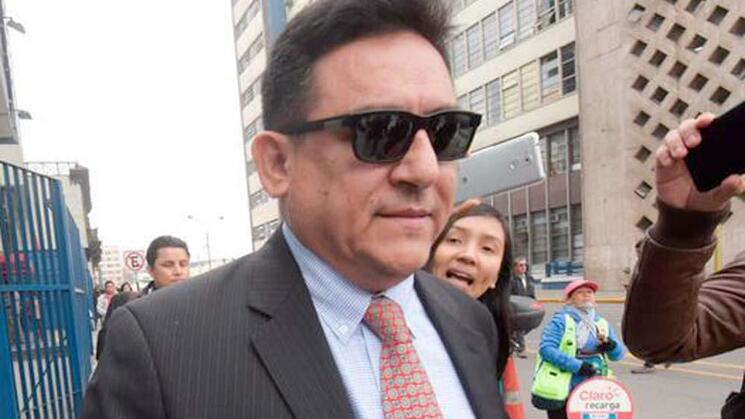 OBJECTIVE. Miguel Arévalo Ramírez, whose cousin David Bazán remains in prison for collaborating with terrorist organizations in the Alto Huallaga region, is under suspicion for laundering money from drug trafficking.

Peru’s judiciary has begun to hear defamation claims against the journalists Óscar Castilla (the Executive Director of Ojo-Publico.com), and Edmundo Cruz Vílchez (of La República). In response to a complaint filed by Miguel Arévalo Ramírez, (“Eteco”), who is accused of laundering drug money, the court has cited the journalists to appear before the court and placed an embargo on company assets.

On February 4, the 15th Criminal Court of Lima admitted the suit by Arévalo against Óscar Castilla and Edmundo Cruz for having publishing a series of reports in 2016 about investigations into 'Eteco' for money laundering being undertaken by the police, the Office of the Public Prosecutor, and the US Drug Enforcement Administration (DEA). The court has failed to provide information about the merits of the suit.

LAWSUIT. Peru’s judiciary has begun to hear defamation claims against the journalists Óscar Castilla (the Executive Director of Ojo-Publico.com), and Edmundo Cruz Vílchez (of La República).

In 2017, during an investigation carried out by the National Police against his cousin David Bazán Arévalo (the mayor of Tocache, alias 'Wicapa'), Arévalo was accused of heading a drug trafficking organization during the 1980s in Alto Huallaga. Wicapa was arrested for collaborating with the Shining Path terrorist organization in the murder of a prosecutor and three police officers during an attack in the San Martín region in 2007.

Based on information from the police drug squad, in 2016 media organizations from the El Comercio group and from the magazines Caretas and Hildebrandt en sus Trece had also published information about Arévalo and his alleged ties to drug trafficking. They reported that a DEA informant, the pilot Jesús Vásquez, had revealed that Eteco was also a person of interest to US authorities.

“In 2016 Ojo-Publico.com revealed that the DEA was investigating Miguel Arévalo’s
organization in Peru, Central America, and the United States”

Until last week, Ojo-Publico.com had been aware of three suits lodged by Arévalo Ramírez against Castilla and Cruz, one of which had dismissed at the first level in the superior courts of Lima and San Martín. However, we have now learned that on February 4, and without notification, the 15th Criminal Court of Lima—headed since March 21 by Judge Isabel Aurora Flores Alberto—opened a fourth proceeding against both journalists.

Irregularities in the processing of the suit

The February 4 ruling occurred three days after the commencement of the annual vacation emergency period (February 1 to March 2) decreed by the Superior Court of Lima. The manner in which 15th Criminal Court of Lima’s temporary judicial secretary Erica Bolaños Morillo admitted the lawsuit was irregular.

This dubious ruling, which reached Ojo-Publico.com’s newsroom on Tuesday, was accompanied to by two others with dates (March 25 and April 1) subsequent to Judge Flores assuming control. The documents, all of which bear the seal of the 15th Criminal Court of Lima but do not carry the signature of the responsible judge, feature the name Hipólito Simpalo Chanamé, who is the Technical Secretary and has been employed in the Superior Court of Lima since at least 2004.

Simpalo Chanamé and Judge Isabel Flores figure as the individuals responsible for ordering the commencement of a “summary investigation” into Ojo-Publico.com and the journalists Castilla and Cruz. The process requires comparecencia (the individuals must remain in Peru—a measure that violates the right to freedom of movement) and the “preventive seizure of their assets.” By press time, the journalists have received no notification of the arguments contained in the suit filed by Arévalo.

COURT. Judge Isabel Flores (head of the 15th Criminal Court of Lima), court secretary Hipólito Simpalo, and secretary Erica Bolaños (in charge of the court during the holidays).

The dubious February 4 resolution in which Simpalo Chanamé’s name appears requires “statements from the defendants on March 15, 2019 under threat of their being declared at large, subject to capture and their criminal and judicial records”.

Other than reference to Ojo-Publico.com’s publications, the resolution provides no further details on these aspects. It does, however, go on to require the “preventive seizure of the assets of the defendants (Castilla and Cruz) and of the third civilly liable party (Ojo-Publico.com), who within three days of the notification must indicate assets available without prejudice to the court’s right to obtain this information from other sources.”

RULING. The resolution of the 15th Criminal Court of Lima, currently presided by Judge Isabel Flores, issued on 4 February, just before the judiciary’s holidays began.

The written notice dated April 1, which also reached Ojo-Publico.com and Castilla on Tuesday, sets Monday April 17 as the date on which the journalists must make their declarations in order to avoid being declared at large and having their assets seized.

“In the event of an adverse finding, the penalty could exceed one year of deprivation of liberty”

Carlos Rivera (from the Institute of Legal Defense), the lawyer representing Castilla and Cruz, has said the court’s ruling is irregular because neither journalist was notified of Arévalo's suit. He will request that the resolution be regularized and the declaration date be rescheduled. He will also appeal the comparecencia and arrest measures handed down by Judge Flores. 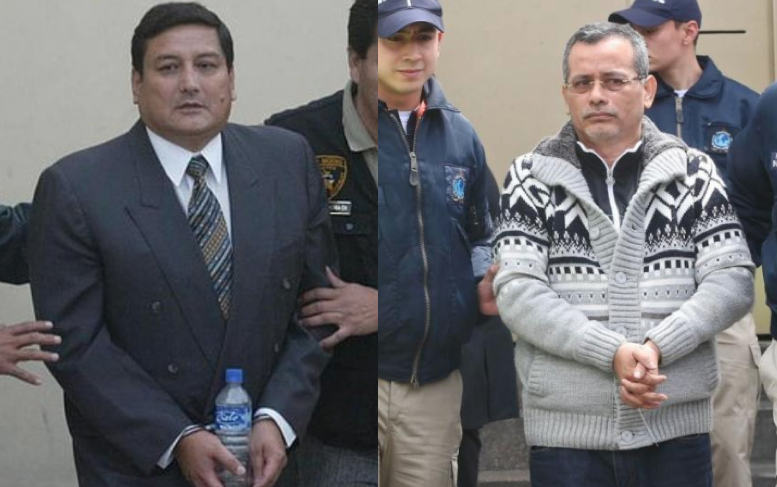 FATE. Fernando Zevallos, sentenced to 25 years for drug trafficking, and Rodolfo Orellana, for whom the prosecutor’s office is seeking a jail term of 35 years for organized crime, are using the legal system to sue journalists.

The irregularities in this case should be investigated by the President of the Supreme Court, José Luis Lecaros Cornejo, the Superior Court of Lima’s Miguel Ángel Rivera Gamboa (who appointed Judge Isabel Flores Alberto), and the Judiciary Control Bureau (OCMA), headed by Vicente Walde Jáuregui.

This occurs in the midst of threats to press freedom in Peru after a judge in Piura sentenced journalist Pedro Salinas to one year in prison followed a suit lodged by the archbishop of Piura and Tumbes José Antonio Eguren. A similar lawsuit looms over the journalist Paola Ugaz. Both Salinas and Ugaz, had investigated the religious group Sodalicio for their participation in the sexual abuse of minors. 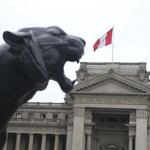 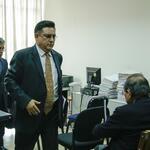 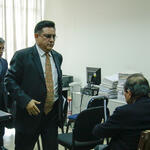 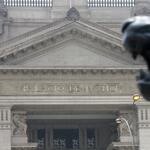 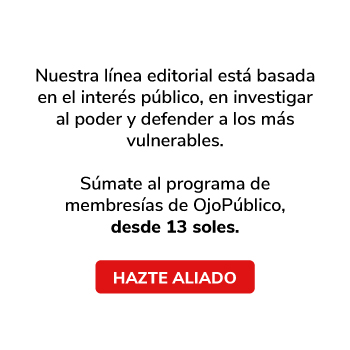