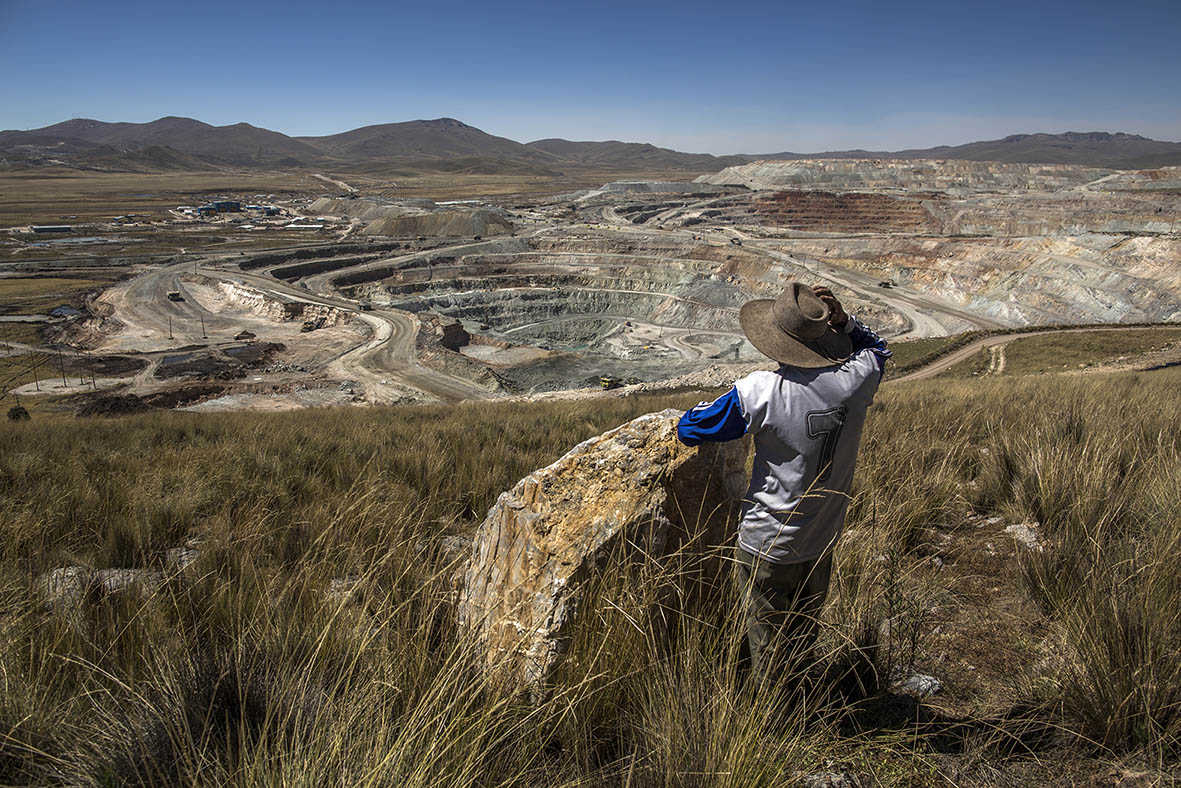 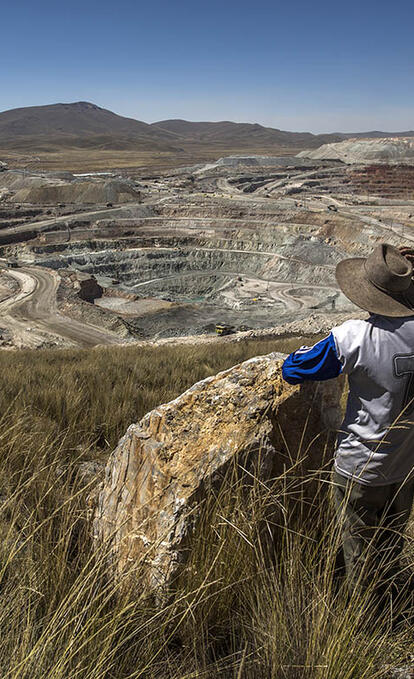 An analysis of the amounts paid for water use reveals the combined omission of approximately PEN1 million in a single year by Las Bambas and Volcan, two of the country’s largest mining companies.

Las Bambas and Volcan, two of Peru's largest mining companies, paid only half the amount they should have for their water use, according to information obtained by Ojo-Publico.com. Data submitted by Financial Policy Office of the National Water Authority (ANA), which is responsible for the country's water management, indicates that during the year these companies failed to pay PEN989,000 of the total they owed for their use of more than 22 million cubic meters.

Las Bambas copper mine, owned by China's Minerals and Metals Group, was involved in a 2015 conflict that caused four deaths at Cotabambas, in the mountains of Apurímac. During that same year this company racked up water bills totaling PEN1.07 million. But according to the records analyzed for this investigation, it paid only PEN904 thousand. 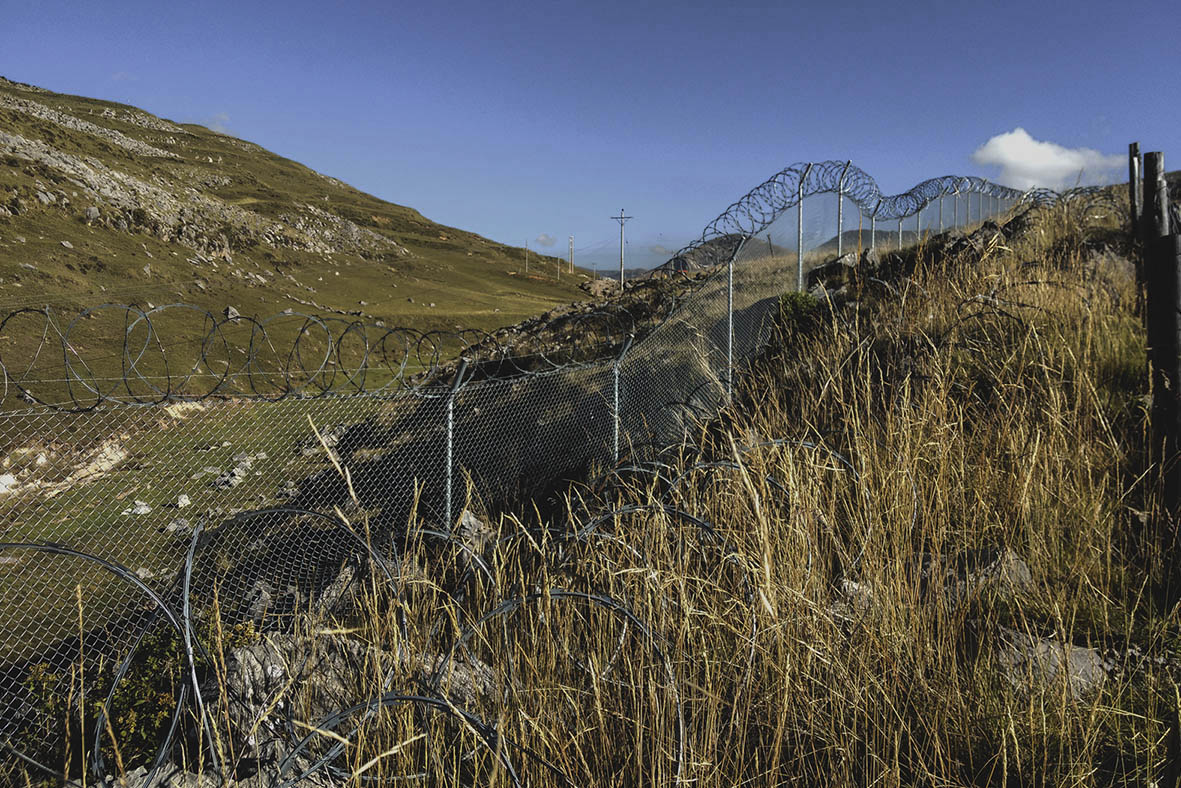 BOUNDARIES. Communities in Apurímac had to decrease the amount of livestock they have due to the new limits with the project Las Bambas.

Minera Volcan, which operates in the central highlands of Peru and whose majority shareholder is the multinational Glencore (the world’s largest primary producer), generated obligations totaling PEN 1.6 million. Yet it paid only PEN796 thousand.

Water use entails payment to the Peruvian state. But how does ANA calculate the charges if it lacks meters of its own to quantify the volumes that companies use?

In recent years, dozens of companies have obtained rights to extract water and then used them to develop their productive activities. As part of the investigative series The Owners of Water, Ojo-Publico.com revealed how licenses of indefinite duration were granted to miners to use water in 12 territories declared at high risk due to conflicts, pollution, and scarcity of water. 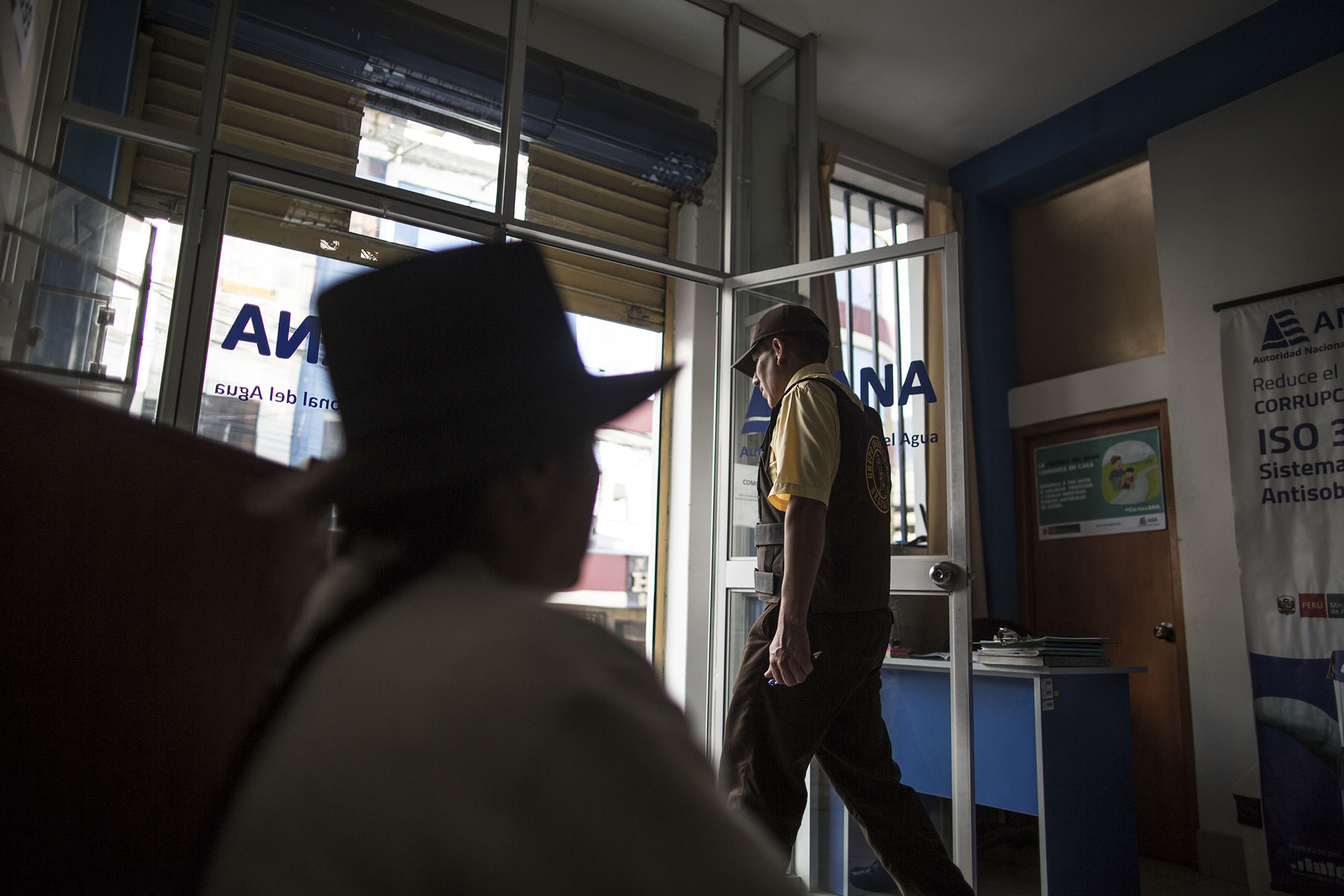 The annual water tariff for each company is established by ANA and published in supreme decrees at the start of the year. The amounts vary depending on the methodology, the water source (surface or ground), and whether a fee for the use of hydraulic infrastructure has been determined.

Since 2012, the calculation has been based on the volume of water used, environmental criteria based on water availability in each zones, and a value per cubic meter set according to financial guidelines developed for the productive sectors (industrial, mining, etc.). But how does ANA set the appropriate financial criteria for industry or for mining? The methodology used contains gaps that the authority has been unable to address.

As part of this investigation, Ojo-Publico.com made freedom of information requests about payments made to ANA by these mining companies. After a delay of more than three months the authority delivered incomplete and disaggregated information.

Of a list the 47 largest companies holding the greatest number of water use licenses in the country, some 20 operate in the mining sector. Las Bambas and Volcan are notable because of the difference between the volume ANA records each as having consumed, and the amount that each actually paid. In each case, Ojo-Publico.com has uncovered a discrepancy between the payments made throughout the year and the total volume of water consumption declared.

There is a discrepancy between the payments made throughout the year and the total volume of water consumption declared.

The same pattern is evident in other payments, such as those for industrial use: their combined payment was half of what it should have been.

Communities and other payments

Serapio’s family is one of the 35 that live permanently in the Quecha-speaking community of San José de Alto Huarca, located in the upper reaches of Cusco in the area of direct influence of the Antapaccay mining project, which is licensed to the Glencore group. The Swiss multinational, with revenues of over US$170 billion according to figures from 2016, has operated in the area since November 2012 extracting copper.

Although it has the right to use water for watering crops, the community has no access to potable water services. Since there is no other source for household consumption, community members are forced to either take untreated water from the Juto spring, or wait up to three weeks for the Antapaccay company to supply their tanks as part of an agreement that exists with the local municipality. 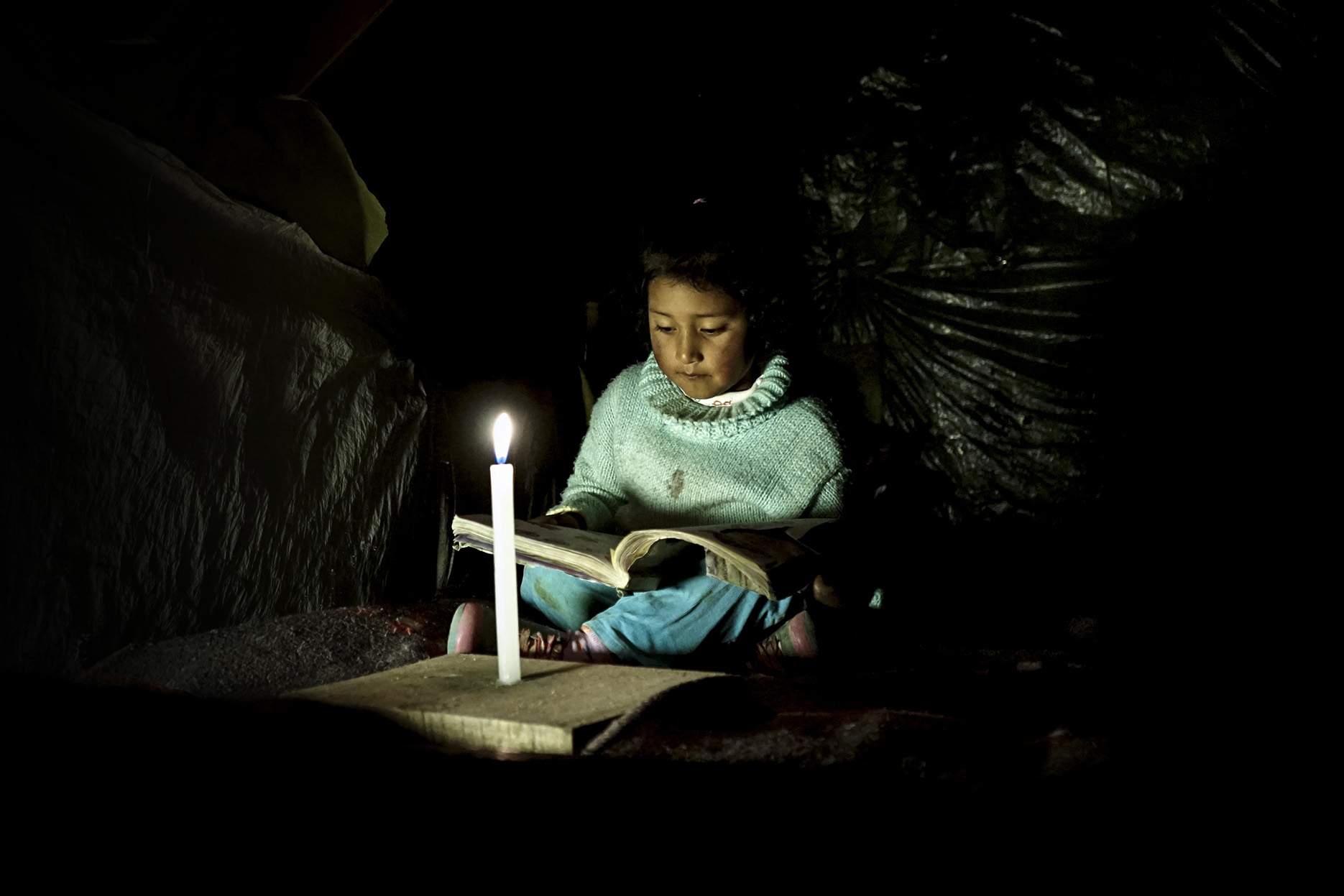 INDIGENOUS PEOPLE. Water access is limited for many communities while mining companies have water use authorizations for their various operations.

According to the National Institute of Statistics and Information, using data from the National Survey of Households and the National Survey of Budgetary Programs, a part of the country’s rural population is unable to access drinking water through the public network. These people instead depend on rivers, streams, springs, or similar sources. The most recent annual report to January 2018 indicates that out 17 of every 100 households are supplied in this way.

“The water tariffs for community members, which were previously symbolic, have gone up. This can interfere with local rules and force communities to follow official regulations,” says María Teresa Oré, a researcher at the Master&#39;s Program in Water Resources at the Pontifical Catholic University of Peru.

The water tariffs have developed based on aquifer volume technical studies and the availability of the resource. But these studies often fail to contain up-to-date information.

RETRIBUTIONS. Payments (PEN) per 1000 cubic meters for the use of surface water according to the National Water Authority (ANA)

The first step for a company to reduce its water bills is to request the issue of payment incentives for water use. This mechanism, available under the Hydrological Resources Law since 2010, recognizes investments in efficient water use and the protection and conversation of water for development of the basin, such as channeling, water storage, and river bank conservation. The reward: a discount of up to 50% on the annual payment. 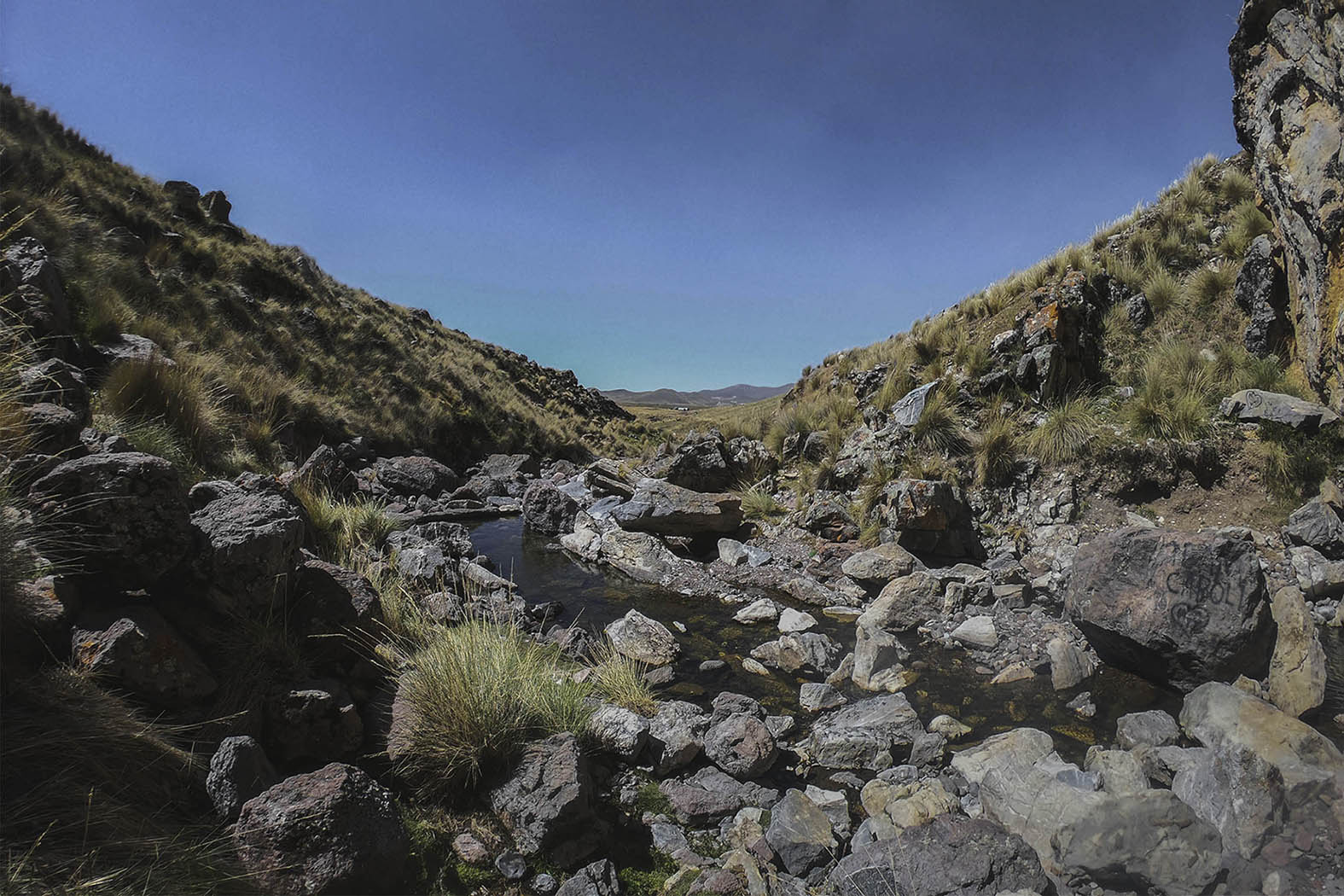 CONFLICT. Springs in the south of the country are the source of the dispute over access to water.

However, ANA has indicated to Ojo-Publico.com that the Hydrological Resources Administration Directorate has issued no such incentive resolutions in the last five years. So why have these companies paid less than they should, and why does ANA not consider them debtors?

The authority did not respond to these questions.

After being questioned by Ojo-Publico.com, the mining company Volcan assures that the retributions they pay “may vary because they correspond to the real amount of water used”. However, the prices establish for retributions in 2015 were not those that should be applied.

Ojo-publico.com tried to obtain an answer from Las Bambas, but the company declined to respond.