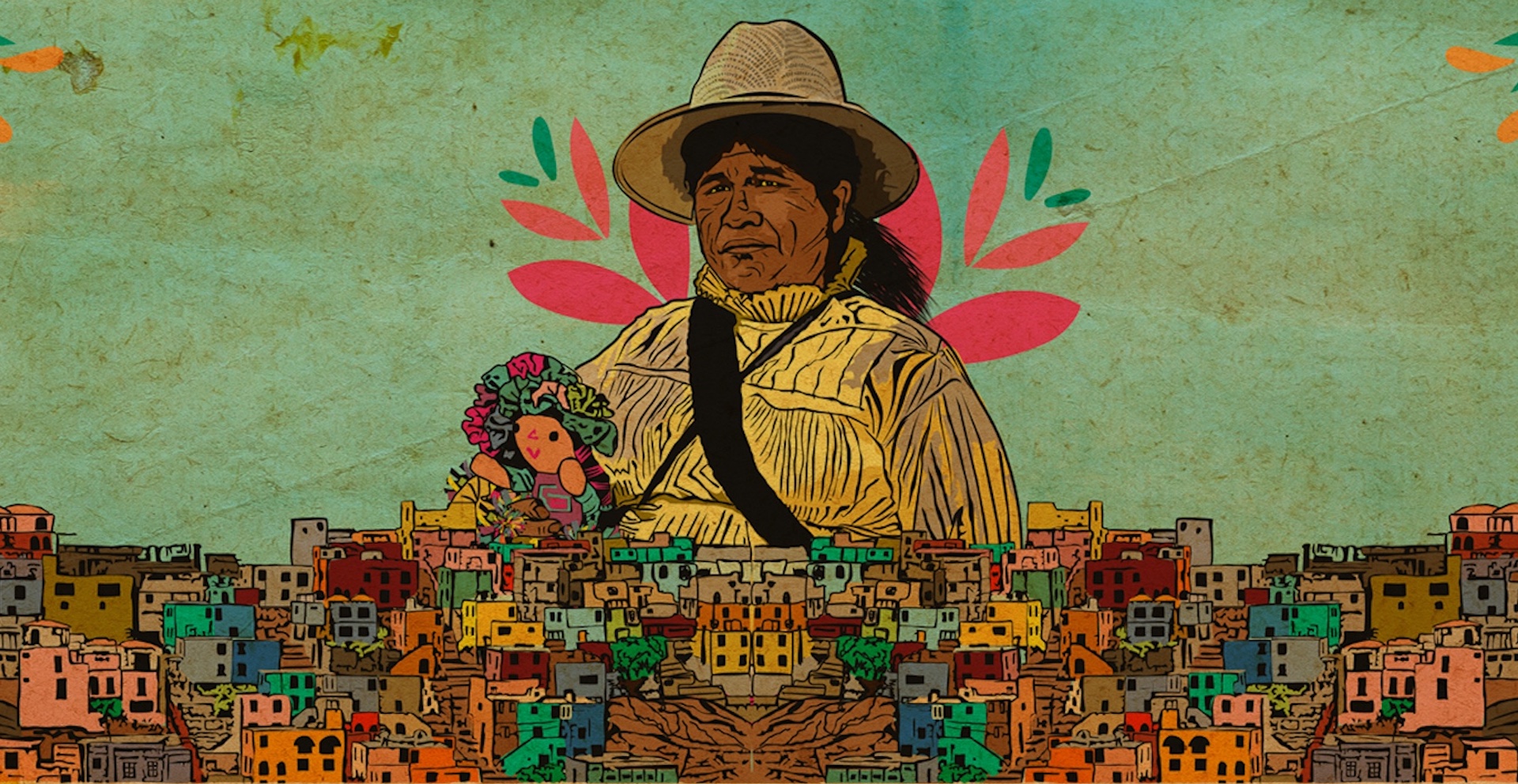 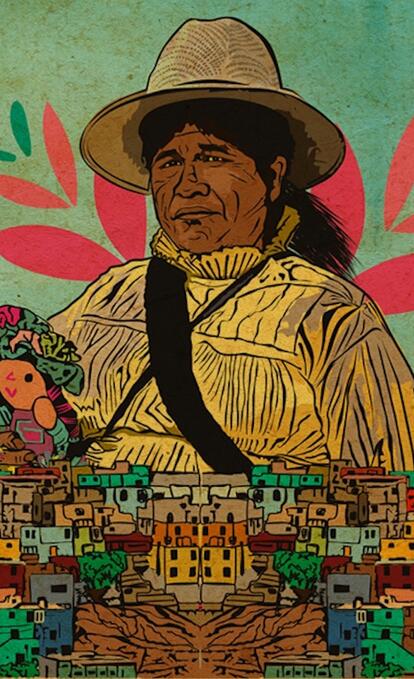 IGNORED. None of the mitigation measures, promoted in Mexico in the context of the COVID-19 pandemic, mentions indigenous people.

Before the arrival of the pandemic in Mexico, Ofelia used to sell handmade dolls with black hair and traditional clothes to the visitors of the touristic zone of Leon, Guanajuato. The Otomi are the fifth largest indigenous people in Mexico. Now, the restrictive measures threaten their family economy. This is her story, part of the “They Fight” journalistic series coordinated by OjoPublico in seven different countries in Latin America.

The police have asked Ofelia to remove her handicraft stand located on a corner of the main square in Leon at the Mexican State of Guanajuato. It is not the first time this has happened to her: harassment by the officers is constant. They say she must leave to keep the “good image” of the place, “without hawkers around the City Hall.” This time, however, the restrictions are more severe, the spread of the coronavirus threatens her only source of income.

Ofelia sells the Otomi traditional dolls. The Otomi are the fifth largest indigenous people of Mexico in terms of population. Before the Spanish arrived, these indigenous people occupied territories that correspond today to the states of Queretaro, Hidalgo, Michoacan and Guanajuato. She still offers passers-by the dolls with black hair and with traditional clothes, but people who still walk down the streets of the Historic Center these days are thinking more about buying groceries, masks, or alcohol gel to disinfect their hands.

Before the Spanish arrival, the Otomi people occupied territories that nowadays correspond to the states of Queretaro, Hidalgo, Michoacan and Guanajuato.

She had tried to sell pumpkin seeds and traditional candies in public transport, but it did not work out. Some days ago, guards took her basket with products. They gave her the excuse of the sanitary measures; although, actually, it is a quite common practice towards the hawkers. The majority of these hawkers are indigenous migrants like Ofelia, who left their communities to come to Leon, escaping from poverty and the lack of basic services.

Ofelia is not sure about her age. She nervously says: “I think I am 51.” Like 35% of indigenous women, she can neither write nor read, and processed her ID late in life. Before, she and her husband used to sell in Queretaro State, but three years ago, he died. Not to be alone in Higuerillas, she went to the industrial city of Leon with the youngest of her seven children. She even looked for those many jobs advertised by General Motors, Mazda, and Toyota factories, but she did not get any of them.

In Mexico there are 68 indigenous peoples, 25 million people recognize themselves as part of them, but only 7 million speak their mother tongue. The explanation is the treatment given by the government: only Spanish is taught in schools. Many of them do not speak in their mother tongue because they consider it a disadvantage due to discrimination.

In Mexico there are 68 indigenous peoples, 25 million people recognized themselves as part of one of them, but only 7 million speak their mother tongue.

The Otomi dolls are considered Queretaro cultural heritage. Their cost varies from $20 to $160 on digital trade platforms, but Ofelia says that she cannot sell them at a price above $2.

“Here they do not pay more than that,” she says, regretting that tourists do not appreciate her work. A good day for her is when she earns $8 during a 10-hour working day, plus the three-hour ride.

The health emergency and the compulsory quarantine have put her family economy at risk. As long as the contingency lasts, she will not be able to sell on the streets anymore. Her family will neither have the $200 a month her son was earning working at a shoe factory. The company closed temporarily and informed them that they would not pay a full salary and he would not have access to the medical service because the company had entered into a “cost-saving” process.

Thirty-five percent of indigenous women in Mexico, like Ofelia, can neither read nor write.

Although all Mexicans have the right to receive medical care at hospitals, Ofelia says that if she or her son gets sick they will have to look for a private doctor because in public facilities “they never want to treat us.”

The indigenous population of Leon is a minority, and a significant percentage is migrants from various states of the Mexican Republic, who, mostly, come to work temporarily. The local government does not have strategic programs for the indigenous peoples. The Indigenous Advisory Council of Leon has existed for only nine years, during which, in addition to public officials, there are representatives of the Nahuatl, Otomi, Purepecha, Mazahua and Mixteca communities. Unfortunately, the council still regards indigenous people as subjects of social assistance and not as communities with rights, so most actions they take are palliatives only.

None of the mitigation measures promoted in Mexico in the context of the COVID-19 pandemic mentions indigenous peoples. At Leon, authorities said they would support market traders, but this excludes Ofelia as she works on the streets. To find other support possibilities, she needs internet access to search on the government pages the available options just to find out that she needs to be included in a census, have a bank account, belong to an organization and have a copy of its constituent act, among other requirements. Even the Leon Business Coordinating Council has complained about how difficult it is for everyone to access this support and how bureaucracy slows its delivery.

Ofelia considers a good day when she earns $8, during a 10-hour workday.

In the face of so much uncertainty, fifteen Otomi families living in Morelos (Leon city) have created a WhatsApp group to be in contact during this contingency and to support each other.

The Loyola Indigenous Development Center (Centro de Desarrollo Indigena Loyola, CDIL), a civil society organization which provides free accompaniment and advice, provided food supplies to each family. Ofelia says that it will last about three weeks, a relief while she finds alternatives to feed her family. In spite of the fear, Ofelia says with a firm voice, "I have always got ahead. I always go out to fight and we are going to get over this illness; this is what I tell my son too.”

The pandemic is changing the world and locking all urban populations inside their houses, while they mourn over social media. However for this woman this is just another accident, another barrier that she needs to overcome to continue as she has been doing her entire life in the face of racism, the absence of the government and chronic poverty. And she is still here.