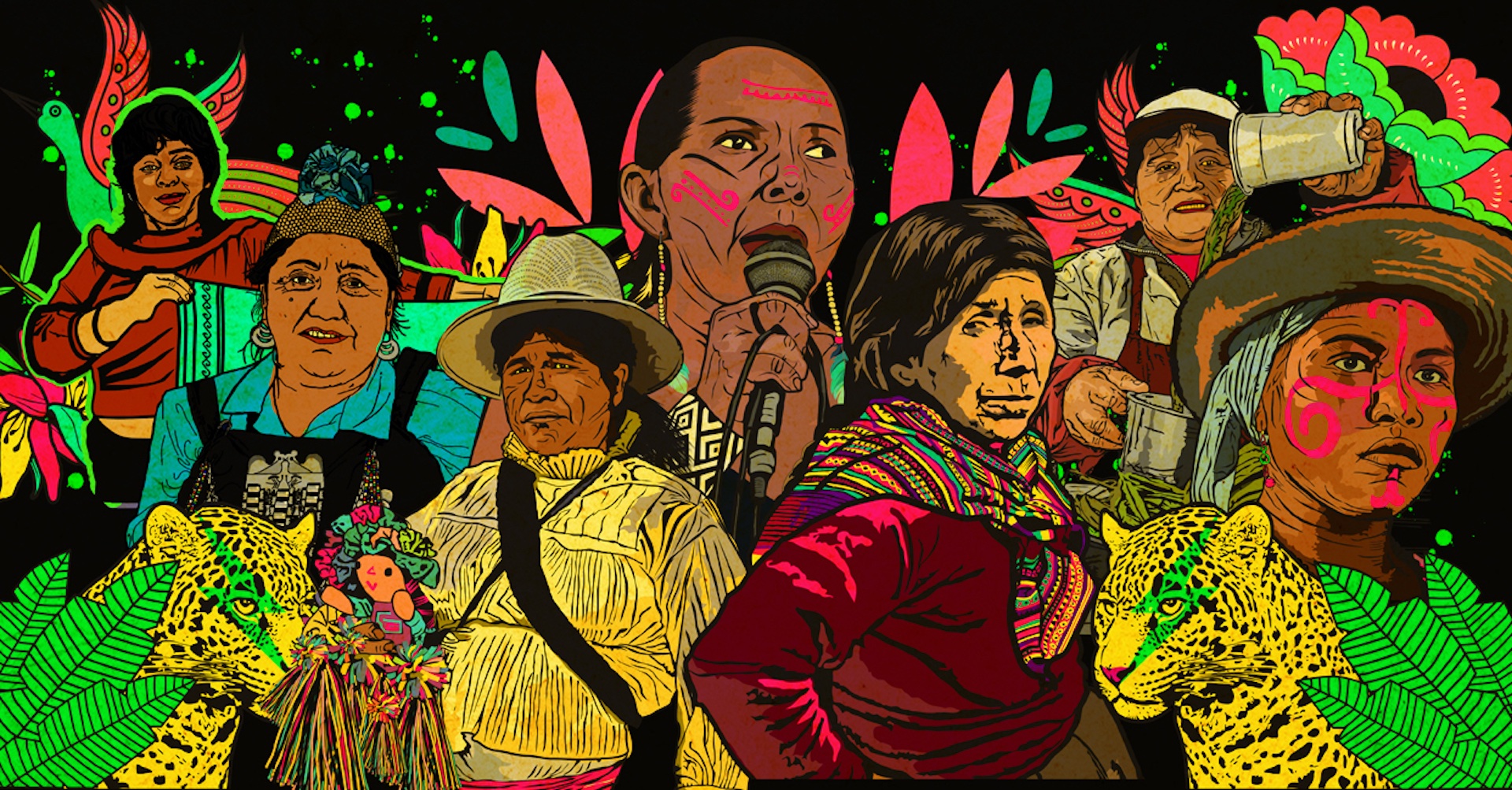 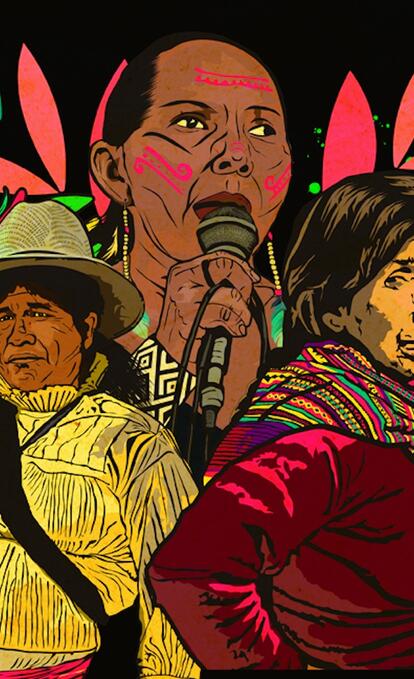 They fight: stories of resistance

They fight: stories of resistance

Indigenous women against the pandemic

QUARANTINE. Indigenous women from five countries speak out about the pandemic.

In these days of mandatory lockdown, sleeping well or just sleeping is a privilege for a few in a Latin America threatened by coronavirus and inequality. While many people are anguished by isolation and the sudden stop of social activities, others cannot sleep because they do not have money for food. In the Peruvian Andean highlands, before the pandemic, the single mother Madai Rodriguez sold hot quinoa beverages in Apurimac streets. Nowadays, she is in debt for buying food from a grocery store near her house. For 32 days, she has been buying food on credit, and she does not know how to pay it. It does not let her sleep at night. She has stopped resting well at night. “When you do not have money, you cannot even sleep,” she said. She supports and raises her children alone, as the other six thousand women do in this region, which is mostly inhabited by Quechua communities.

In Peru, one of the regions with a higher percentage of informal employment is Apurimac (90%). The situation is similar in other countries. Informal employment thoroughly affects the indigenous population. A recent study of the International Labour Organization concluded that indigenous peoples have few opportunities of getting a quality job and are 31.5% more likely to work in the informal economy than non-indigenous workers. Coronavirus is hitting us hard with these gaps.

“They fight” displays the stories of indigenous women from five countries and how restrictive measures affect their economies and projects.

Achachaw says Madai Rodriguez in Quechua while talking about the uncertainty and fear of these days. On the other side, in the north of Colombia, Irene Jayariyu, a Wayuu woman has stopped selling her colored and beautiful bags to travelers. She does the yonna dance and listens to the message of a dream that the wise women of her community shared as the most precious secret to cope. In Chile, the strong Mapuche leader Ana Llao said: “We have the newen (strength) in our blood, but that is not enough for us to remain healthy.” 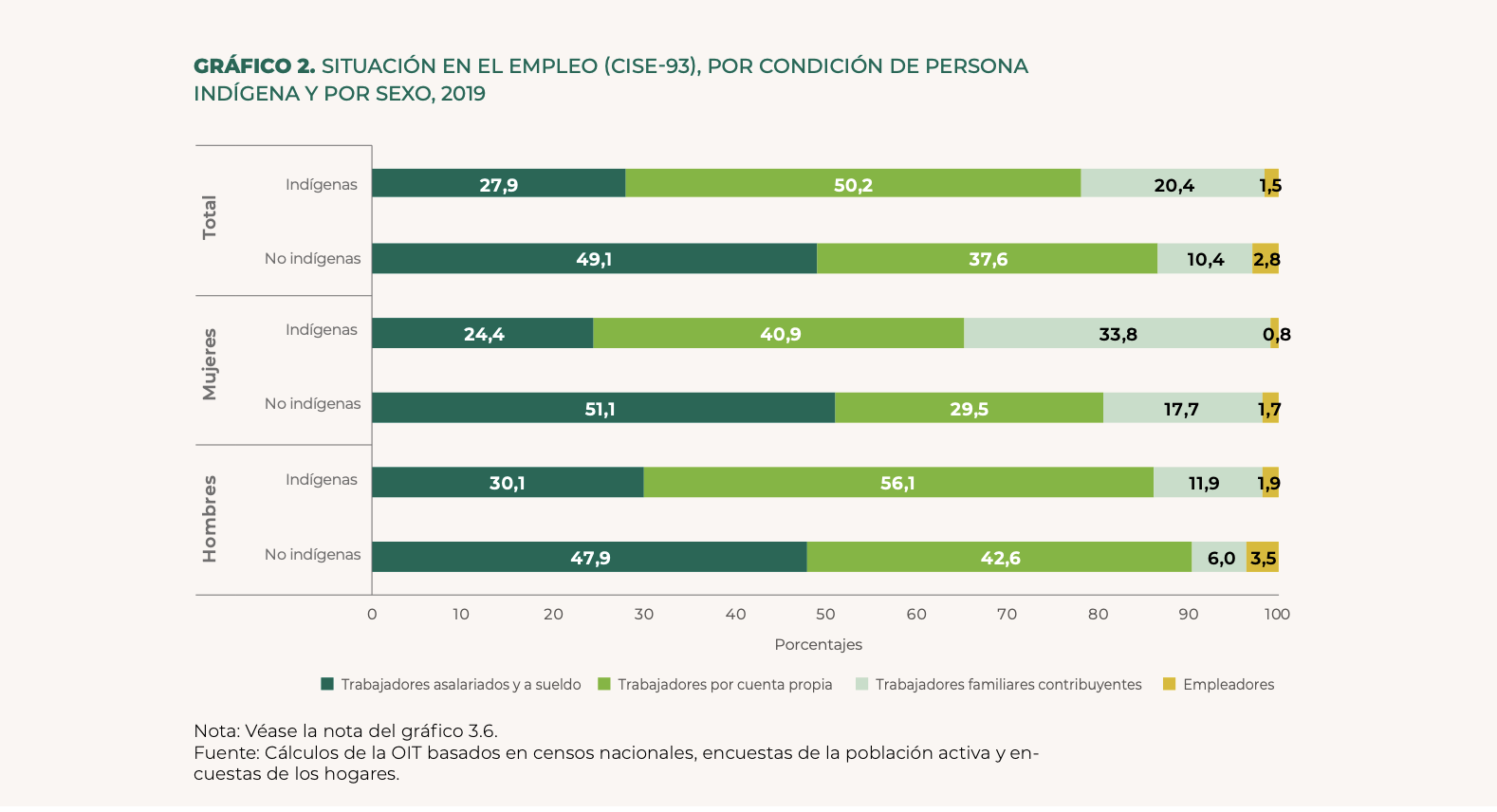 “They Fight” is a journalist series that explains, through the stories of indigenous women from five Latin American countries, the way restrictive measures affect their economies, projects, daily lives, and what they are doing to confront them. Coordinated by OjoPublico, this series narrates women’s testimonies and challenges in Peru, Colombia, Chile, Brazil, and Mexico. It also reports how the different local governments have not designed sanitary measures or specific subsidies for indigenous peoples.

Seven percent of indigenous women live on less than $1.90 per day.

Indigenous peoples in the region represent more than 8.5% of the local population, the highest percentage compared to other regions in the world. Nevertheless, governments have not succeeded in guaranteeing basic services and quality health care. Furthermore, 30% of indigenous peoples live in extreme poverty. In pandemic times and paralyzed economic activities, these enormous inequities make them one of the most vulnerable groups of the region.

The ILO document highlights that the wage of indigenous people with paid jobs is 31% lower compared to other workers’ wages. This is the biggest indigenous people’s wage gap of the world. Among these disparities, the numbers show an even more overwhelming one: the gender gap. Seven percent of indigenous women live on less than $1.90 per day.

Before the pandemic, in Mexico, Ofelia used to sell handmade dolls with black hair and traditional clothes to the visitors of the touristic area of Leon, in Guanajuato. Ofelia's family, as well as the other families in this series, sees her economy affected by restrictive measures.

In Brazil, Elizângela da Silva’s story displays the contradiction represented by isolation in the typical community life of the Amazon villages. “We cannot isolate ourselves; our house does not have rooms, the hammock is shared. We live for the community. The pandemic took us by surprise,” said the Rio Negro leader.

We invite you to read these stories. 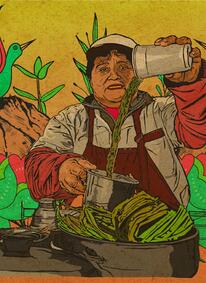 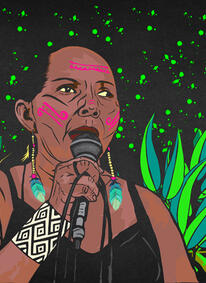 Elizângela prepares the women of the Amazon 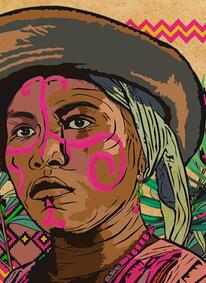 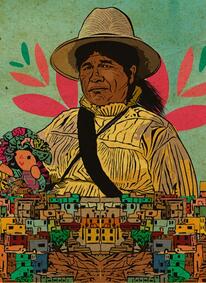