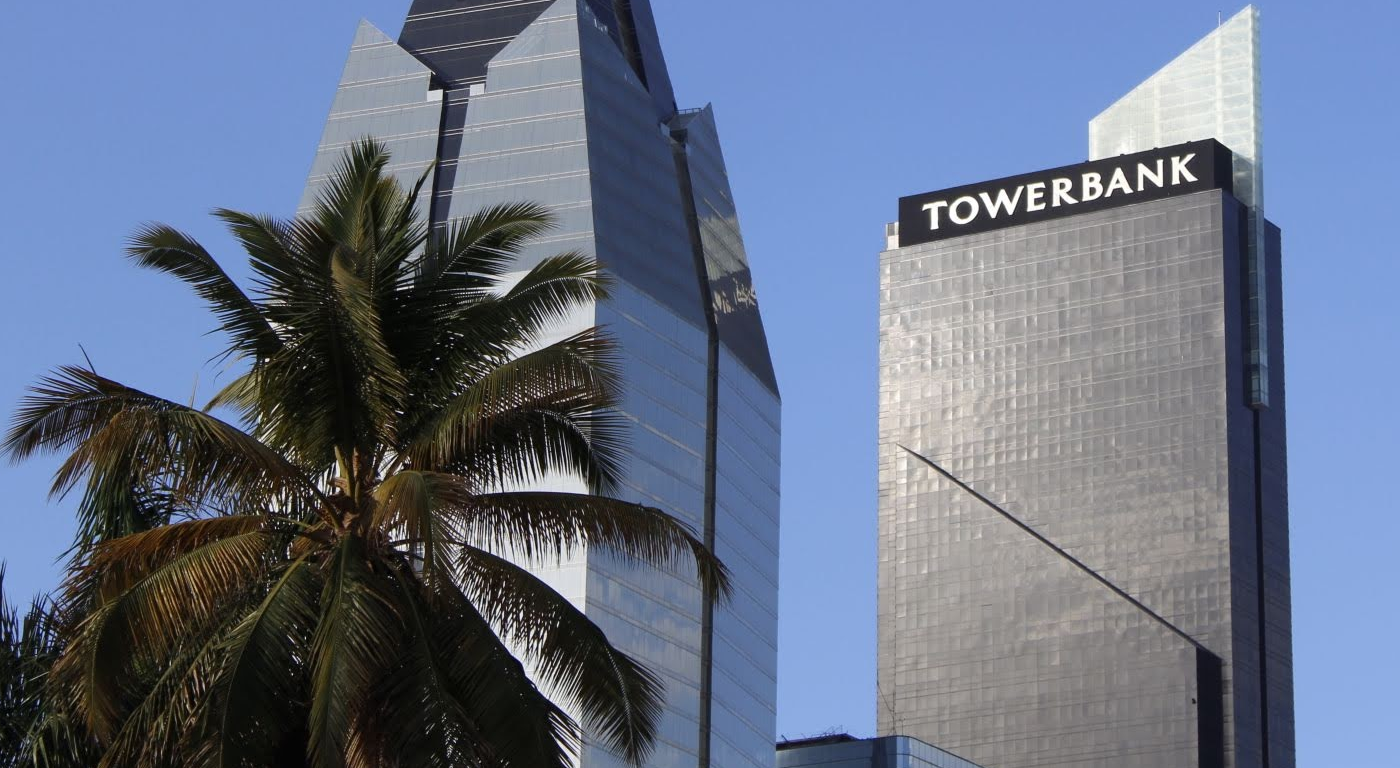 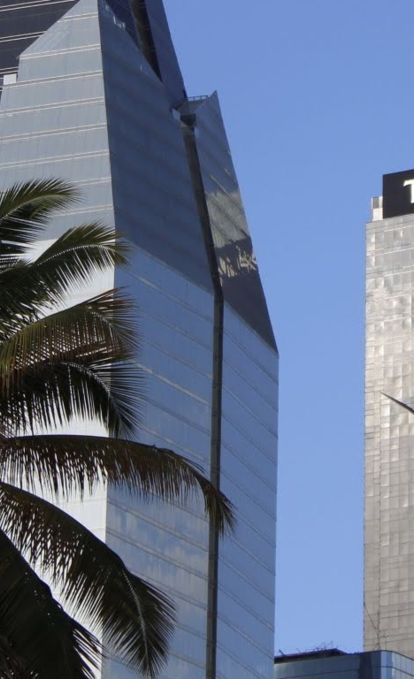 BCP branch in Panama received offshore funds and transfered them to Lima for granting loans to high-level national companies and customers.

Three weeks ago, the European Union and the Tax Justice Network included Panama in its blacklist of tax havens. OjoPublico confirmed the presence of Banco de Credito del Peru in Panama, according to their reports before regulatory agencies: receiving offshore funds and transferring them to Lima for granting loans to high-level national companies and customers. Panama Papers case documents reveal arrangements between BCP in Panama and the Mossack Fonseca firm between 2004 and 2014, at least.

Almost four years after the journalistic leak known as Panama Papers, the European Union and the Tax Justice Network (TJN) included Panama in their global blacklist of tax havens. Three weeks after this was known, OjoPublico analyzed the presence and flow of money of Banco de Credito del Peru (BCP), the private company with one of the highest incomes nationwide, in what is considered the most important haven for offshore companies in Latin America.

BCP headquarters in this tax haven are located on the 13th floor of Panama City Tower Bank, and belongs to Credicorp, an economic group controlled by the Peruvian Romero family. According to Panama Superintendency of Banks (SBP), this office is directed by the Panamanian Mauricio Abras, General Manager of the company since 2008, with six people reporting to him (never more than 12) and has no ATMs in this country.

“These banks [such as BCP Panama] fall into the category of shell banks: they have no real operational capacity and have at the most one office," said Andres Arauz, an economist from Universidad Nacional Autónoma de México (UNAM) and consultant of the Latin American Network for Economic and Social Justice (Latindadd), in an interview with OjoPublico on the operations of offshore banks in this country.

BCP Panama grants loans "to large peruvian customers", according to reports to regulators.

BCP branch in Panama started operations in 2002, although the presence of the group in this tax haven dates back to the 80s, when the Atlantic Security Holding Corporation (another subsidiary of the Peruvian Group) opened its first office in the Central American isthmus, according to their historical reports. To date, only BCP Panama and Banco Internacional del Peru (Interbank) are the only two banks with branches in Panamanian territory, according to the country’s regulator.

From BCP Panama to its Counterpart in Peru

But, what kind of business does the largest Peruvian bank have in this tax haven? OjoPublico established that, between 2012 and 2019, its headquarters in Lima concentrated 96% of all the money reported in the form of loans by the office located at Panama City Tower Bank. Only last November, BCP in Panama transferred resources for more than US$1.6 billion to the office in Lima, according to the data cross-check of the Superintendency of Banking and Insurance in Peru (SBS) and the Panamanian regulator.

Consulted on these figures, the SBS explained that these funds from Panama are, in turn, used by BCP in Peru to grant loans in our country. “These offshore banks exist because of the requests of the privileged [customers]," said the Chilean Ricardo Martner, member of the Independent Commission for the Reform of International Corporate Taxation (Icrict), an international body composed of economists as important as Joseph Stiglitz and Thomas Piketty.

The transfers from the Panama office to BCP in Lima, which are reported as loans to the Panamanian supervisor, "come from bond issuance" in this tax haven, SBS explained in two e-mails sent last week through its press area. “These funds were used to make placements in Peru [...] these resources were used to extend loans in Peru," added the national regulator.

In fact, the main activity of BCP Panama has been receiving offshore deposits and extending loans "to large Peruvian customers” from 2003 and until at least 2010. This is confirmed by the reports delivered by Credicorp, its parent company located in Bermuda, to the authorities of the US Stock Market in that period. BCP’s office in Panama also "facilitates international business of their selective corporate customer portfolio," according to the bank's 2006 annual report.

"These offshore banks exist because of the requests of the privileged [customers]", said Icrict's economist Ricardo Martner.

The analysis of the presence of BCP in Panama also indicates that transfers from its Panama office intended for Peru rose by about 40% in September 2010, according to SBP and SBS data. These operations reached a historical peak in December 2012, when the offshore branch of the Romero family declared more than US$4 billion in loans for BCP in Lima.

From the Cayman Islands and Bahamas to the BCP Panama

Based on official documents from their parent company, Credicorp, OjoPublico also determined that BCP Panama, in turn, concentrated the deposits from two other subsidiaries of this group in the Caribbean: the Atlantic Security Bank and the CCR Inc., created in the Cayman Islands and the Bahamas tax havens, respectively. Until the end of 2009, the first reported deposits by US$351 million, while the second reached US$1 Billion, according to BCP reports in Lima.

Public information from CCR Inc. is scarce. Credicorp’s annual report for 2005 indicates that this entity was created in 2000, to "manage the resources received of the securitizations carried out by BCP." This subsidiary operates under the jurisdiction of The Bahamas, considered a tax haven by the European Union until 2018 due to its high degree of opacity and bank secrecy, according to the latest report of the Tax Justice Network this year. 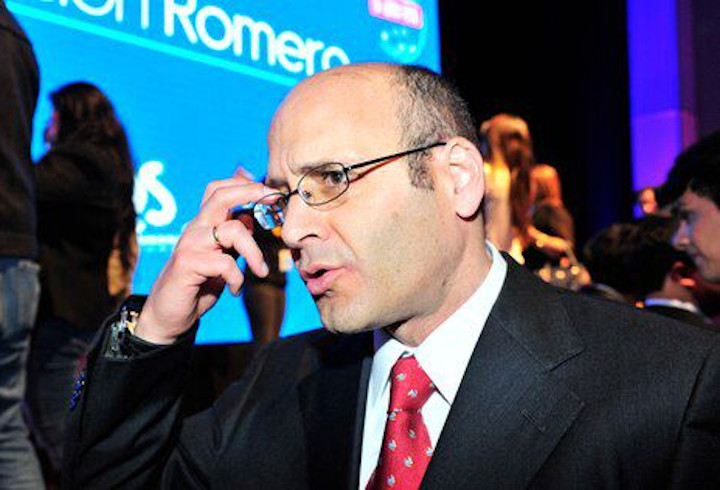 In turn, the Atlantic Security Bank of the Cayman Islands is under the spotlight of the Lava Jato Special Team because of what was declared by Dionisio Romero Paoletti, Credicorp's chairman. This financial institution was used by Romero to transfer money to the Peruvian headquarters of BCP, which would then be used for contributions to the Keiko Fujimori presidential campaign in 2011. Credicorp’s chairman contributed with more than US$3 million to this candidate, currently in preventive detention.

The Atlantic Security Bank also has offices in the Panama tax haven, the U.S. jurisdiction of Florida, and Bogota and in Lima. By December 2009, this company had 4,000 customers, 95% of which were Peruvian, as reported by this conglomerate to the US stock market authorities. This report also confirms that most of the loans made by the Atlantic Security Bank are targeted at Peruvian citizens and companies.

“The economic flows [of the banks] expand into these tax havens [...] with the purpose of [ensuring] aggressive tax planning [in favor of their customers]," said economist Arauz on the Atlantic Security Bank and CCR Inc. deposits at BCP Panama. The researcher informed that in these operations "money travels in seconds, while an investigation of illicit origin or tax evasion moves like a turtle," as it involves countries with little fiscal transparency.

Deposits from the Atlantic Security Bank and CRC Inc., however, were canceled by the BCP Panama at the beginning of 2010, for "changes in tax laws in Peru," according to BCP's annual report for that year. As a result of this operation, the deposits received by this offshore office dropped from US$1.5 billion in 2009 to US$79 million in 2010, a decrease of 94%. On December 31, 2009, the government of Alan García included "derivative financial instruments [...] relating to the exchange rate" in the calculation of the income tax.

BCP in the Panama Papers

However, the relation between BCP and Panama is not just visible for the loans made to its counterpart in Lima or for the deposits received from the Cayman Islands and The Bahamas. According to the Panama Papers, the Peruvian bank was also related to Mossack Fonseca law firm, who started operations at almost the same time for offshore companies related to the Peruvian-Dutch drug dealer Ment Dijkhuizen; members of the Bozovich family, under suspicion for timber exports; and Felix Rosenberg, one of the main slot machines businessmen in Peru, among others.

Precisely, OjoPublico identified 12 e-mail messages in Panama Papers files, between BCP General Manager, Mauricio Abras, through a corporate e-mail of Atlantic Security Bank, with members of Mossack Fonseca law firm, whose members are investigated in Lima for aiding Peruvian citizens to launder assets from different offenses, and processed by US authorities for money laundering.

These e-mails reveal the relation between BCP and the former Panamanian firm between at least 2004 and 2014: “Dear Mr. Abras, we understand that these accounts were duly opened, please confirm," wrote Jessica Cherigo, officer at Mossack Fonseca, to BCP manager in Panama in 2014. I am sending you the physical address of the offices [of the Panamanian branch]," answered Abras, at a different time of the year, on the bank accounts of two offshore companies linked to a Bolivian entrepreneur. 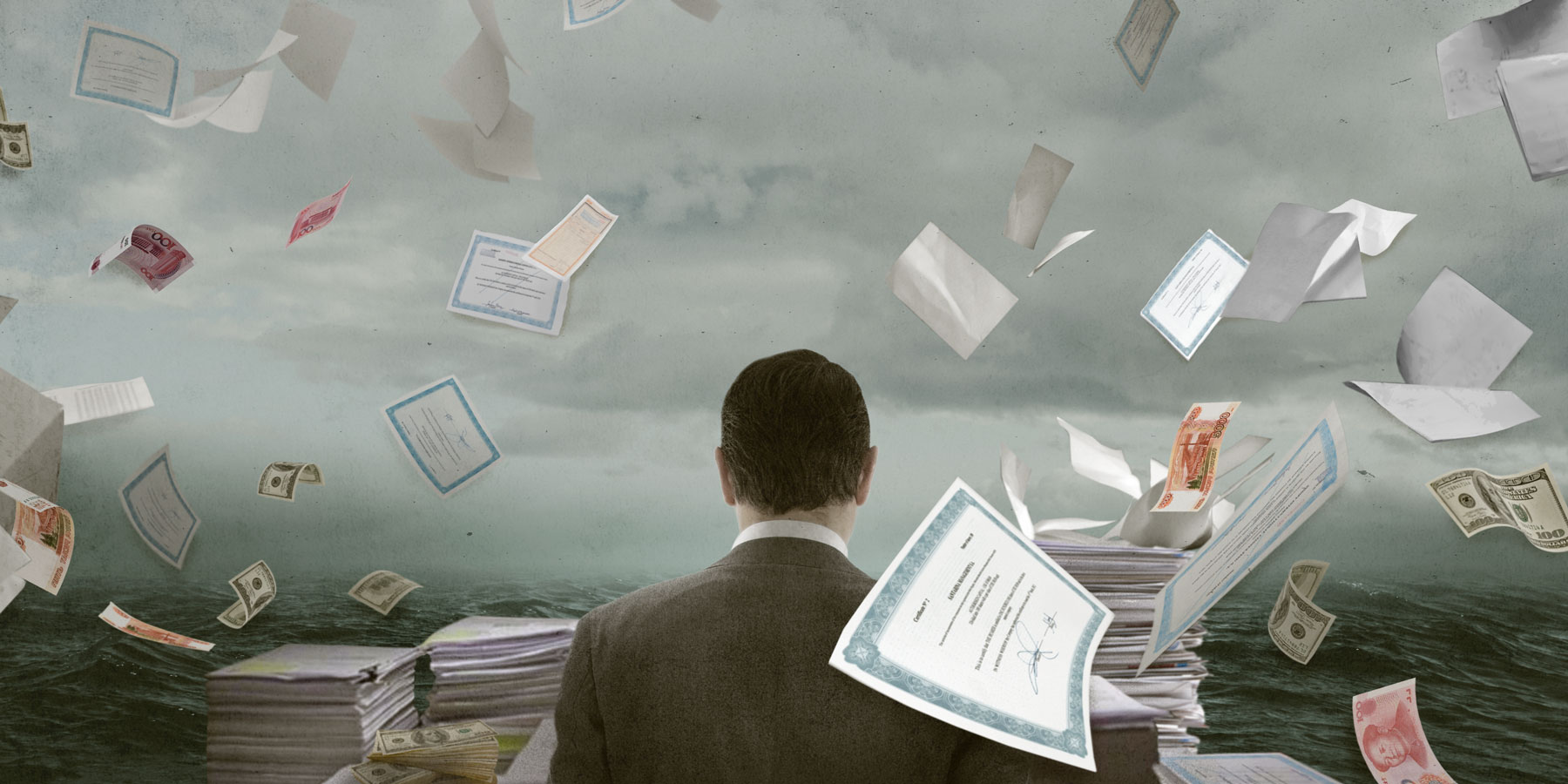 PANAMA PAPERS. The International Consortium of Investigative Journalists (ICIJ) led a global investigation on the basis of e-mails from Mossack Fonseca law firm.

The Panama Papers also include a 2004 e-mail from the Panamanian lawyer Ramses Owens, then partner of the firm and today prosecuted in the USA, for money laundering, where he strongly recommends using "Banco de Credito del Peru here in Panama" to a potential customer, who intended to intermediate Peruvian mineral exports from Peru, but receiving their earning in a bank account in this tax haven.

Required by OjoPublico for this story, BCP's press office confirmed that the Panamanian branch "it's mainly used for receiving foreign funds which are used to credit activities in Perú". Moreover, about Panama Papers' e-mails, BCP answered that "neither Credicorp nor it's companies have contracted Mossack Fonseca's services", although this entity don't rule out that any of it's clients may have contacted the law firm on their own. Nevertheless, BCP didn't mention the communications between its general manager in Panama and the law firm employees.

Finally, the e-mail from BCP specified that, just until December 2009, the interests for bank deposits received by legal persons were extempted from Income Tax. "Due to this change of the tax rules, we canceled the deposits [made by Atlantic Security Bank and CCR Inc. to the Panamanian branch]", the bank explained. The tax modification made by the Peruvian government implied a higher tax to the interest received by legal persons in Peru. "All of this allowed us to offer more competitive rates to our clients", said BCP.