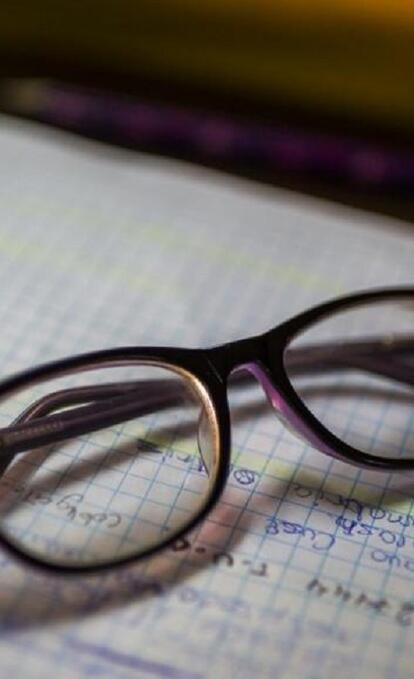 It is nearly a year since the Federation of Private Institutions of Higher Education (Fipes) -founded in 2009 and composed of eleven institutions, including the University of San Martin de Porres- successfully went to court to challenge the income tax payments under the University Law. María Isabel León, a former member of the Popular Force political party, was Fipes vice president until 2019 and she is currently President of Confiep. An appeal against the lower court’s decision is currently before the Supreme Court, as are complaints lodged with MEF and the Judiciary.

During 2014 congressional debates about the University Law, the National Confederation of Private Institutions (Spanish acronym: Confiep)—an association that brings together the country’s largest companies— was outspoken in its criticism: “a brake on investment”, “interventionist” and “retrograde” were just some of the colorful epithets directed at the legislation. Passed into law in july 2014, the reform was a breakout moment for the education sector, requiring institutions to obtain licenses and setting ceilings on the massive tax breaks the providers had enjoyed since the 1990s.

It had been the 1993 Constitution, introduced under the government of Alberto Fujimori, which had brought in tax exemptions on assets, services, and on imports for companies operating as universities and institutes. The rational was that these businesses did not generate profits since, in theory, their income derived from educational activities. The benefits were still in place by 1996, at which point the Law for Promotion of Investment in Education (Legislative Decree No. 882) enabled for-profit legal entities and limited companies to begin operating as universities.

An article of the decree kept the tax exemption in place but required—through the Reinvestment Tax Credit (Spanish acronym: CTR)—that private providers to reinvest their surpluses in educational infrastructure and services. The law lacked a mechanism to monitor compliance with the controversial scheme, a gap which the 2014 University Law and Supreme Decree No. 006 of 2016 (Ministry of Economy and Finance—MEF) sought to correct.

SUNEDU. The University Law gave powers to this entity to monitor the universities’ use of funds exempt from income tax.

Since that time, Ministry of Education’s National System of Assessment, Accreditation and Certification of Educational Quality (Spanish acronym: Sineace) has served as the mechanism through which CTF delivers improvements to education services. The system is also an important tax loophole, but only for those for-profit companies able to obtain ministry accreditation and present annual reports and documentation to demonstrate reinvestment of their 2015-2018 profits.

The remainder reacted in the form of individual complaints before the judiciary and the Taxation Court, the final MEF avenue of appeal, demanding the CTR be extended and specific investments be recognized as eligible. This offensive gathered strength in February 2018, when the Federation of Private Institutions of Higher Education (Spanish acronym: FIPES) launched a class action known as Acción Popular (Popular Action) to revoke five tax articles of the University Law and its regulations.

The federation, affiliated with the Confiep, brings together a range of for-profit and not-for-profit institutions, including some who accepted the new conditions of the University Law and obtained the CTR between 2015 and 2017. Several are headed by notable former political figures: the University of San Martín de Porres (USMP), whose rector is José Chang Escobedo, a former Minister of Education in Alan García’s APRA administration; the Universidad Continental, under Fernando Barrios Ipenza (another former APRA minister), and; the Universidad San Ignacio de Loyola (USIL), founded by former prime minister Raúl Diez Canseco. 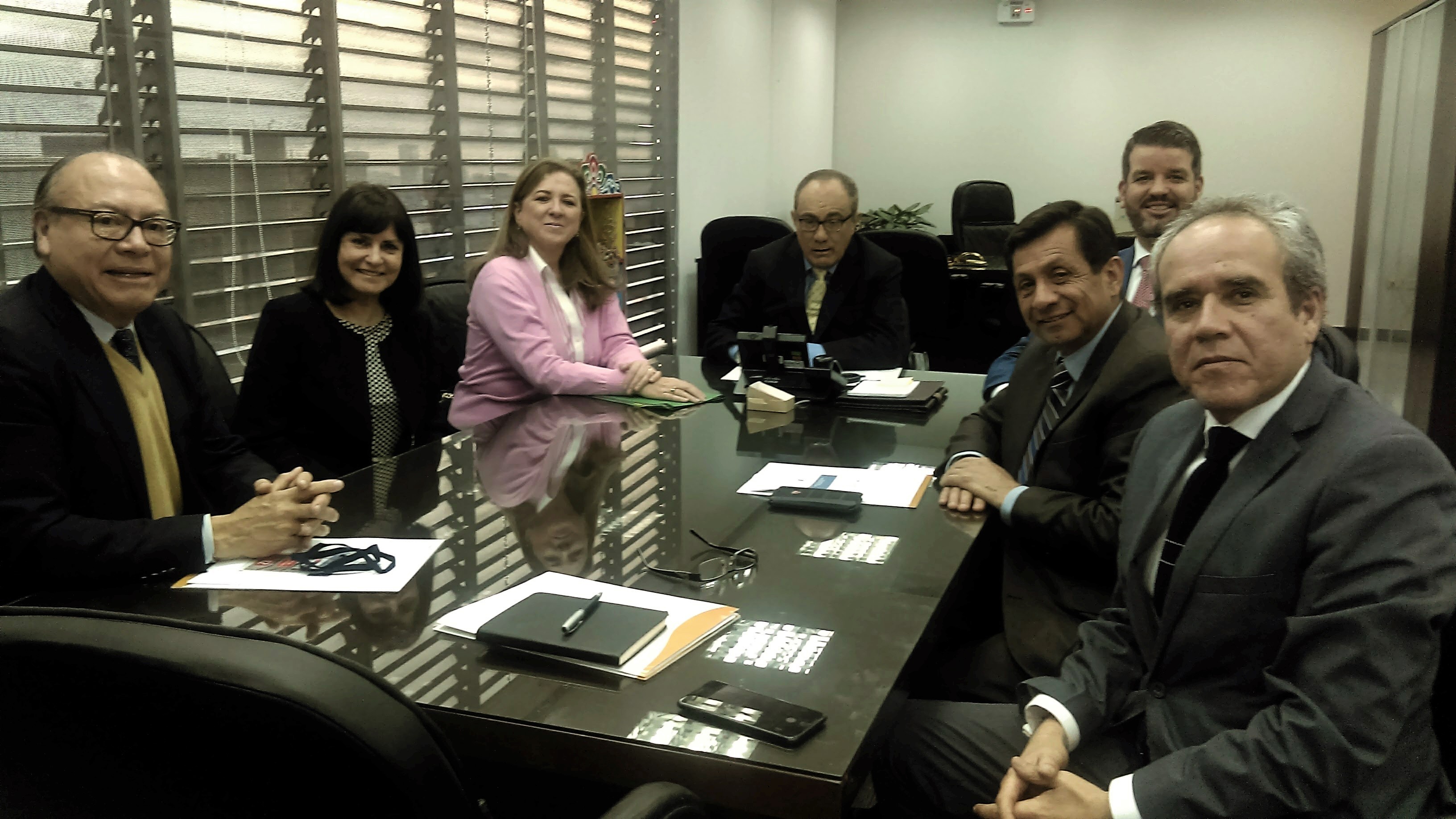 FIPES launched its protest against the University Law during the term of its then vice-president, Maria Isabel León Klenke, a spokesperson on education for Keiko Fujimori’s Popular Force political party during the 2016 presidential election campaign. León left office in March 2019 and the following month won election as President of Confiep. This federation has opposed the University Law and is currently under investigation for having received million-dollar contributions from member companies to fund publicity spots that benefitted Fujimori’s 2011 presidential campaign. FIPE’s current President, Juan Manuel Ostoja, is also the General Manager of USIL.

FIPES wins in the lower courts

In May 2019 the Seventh Specialist Chamber in Administrative Matters found in favor of FIPES, thus leaving the reforms in limbo. The federation had sought two specific amendments: that the CTR not expire after the third year but instead become virtually perpetual so as to meet “the objective of educational rights of large sectors of the population”; that the National Council on Science, Technology and Innovation (Spanish acronym: CONCYTEC) cease to participate in decisions about  the type of infrastructure, equipment, and projects eligible for the CTR.

Although the Superior Court of Lima later dismissed these proposals, three other changes were upheld. Following the court’s decision, a provider could access CTR merely through partial Sineace accreditation based on validation of just a single area, program, or course; could buy and sell shares following reinvestment, and; could claim the tax credit from January 2016 to January 2019 on that basis that the term established by the law had been retrospective.

“The vice president of the federation was Maria Isabel León. She left office in March of 2019 and the next month she was elected president of Confiep.”

OjoPúblico has learned that Lescano, Lescano & Asociados is the legal firm that represents FIPES. The lawyers operate from the same business address as the federation itself: Calle Miguel Grau 42, Pueblo Libre. The firm’s principal associate, Luis Lescano Sáenz, is also FIPES General Manager. Until July 2014—three months after the enactment of the University Law—he was also president of the Sineace National Assessment Council. The latter is an agency of the Ministry of Education that certifies both an organization’s CTR eligibility and the results it has delivered to claim the tax benefit. According to his resume, Lescano is a “parliamentary coordinator”, a “counselor and legal adviser to universities and higher education institutes, specializing in education legislation” and a “coordinator between the public and private agencies in the sectors of education and labor.” 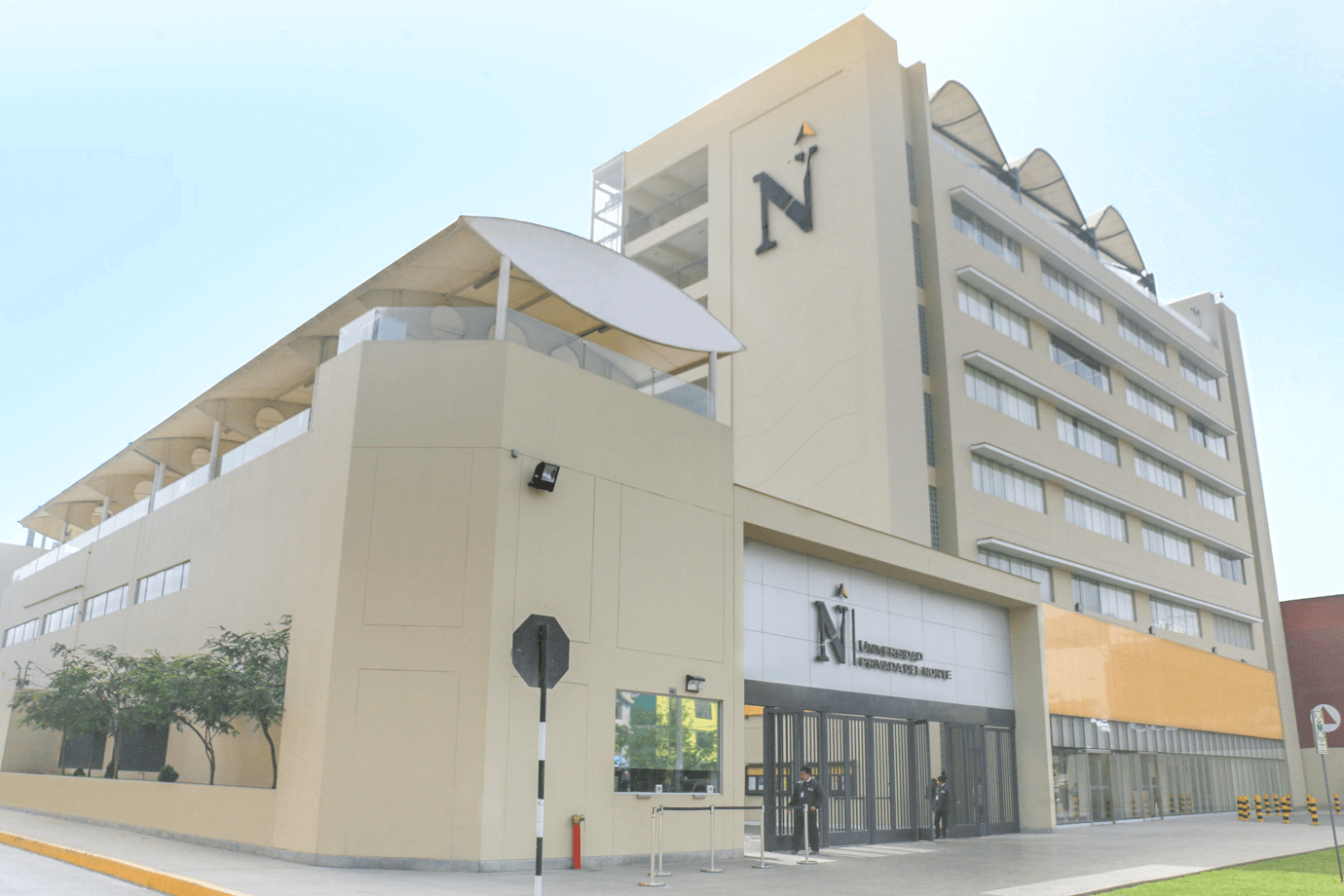 CLAIMS. The Universidad Privada del Norte (UPN) and the Peruvian University of Applied Sciences (UPC), both members of the Laureate business group, went to the Constitutional Tribunal to assert the validity of the tax credit. They won the case in 2016.

Noting that the legal case prevented him from speaking on behalf of FIPES, Lescano agreed to an interview with OjoPúblico is his capacity as an education law expert and Chairman of the Peruvian Institute of Education Law (Spanish acronym: IPDE). He told us that educational providers are entitled to seek legal redress and administrative clarification over their taxation obligations (consistent with the action FIPES has initiated) and confirmed that his firm is representing several higher education institutions involved in tax litigation.

According to Lescano: “The University Law revives the Reinvestment Tax Credit (CTR), but the problem is the 2016 regulation (Supreme Decree 006-2016-EF) has loopholes, generates confusion, infringes rights, and is retrospective. Since 2014, universities have been required to obtain full Sineace accreditation to continue reinvesting their profits despite the fact that it was only in 2017 they received the correct formats to do so. Nobody opposes paying tax, but law needs to be clearer.”

A privilege that has an impact on the State.

Tax expert Eduardo Sotelo explained to OjoPúblico that the credit is not a fundamental right: “Tax exemption for private companies is not a constitutionally guaranteed right. It is a benefit that law grants the universities and, accordingly, it is an exception, under certain parameters and conditions that must be met. But it is not a right that exempts them or reduces income tax payments. The objective of the University Law is that the tax benefit raises the quality of the educational institutions.”

The tax benefit represents a big hit to the state’s coffers. Using National Superintendency of Higher Education (Spanish acronym: SUNEDU) statistics, OjoPúblico has established that fourteen for-profit institutions accessed the CTR in 2017; by reinvesting their profits they saved PEN 131 million in income tax in final year of the program alone. In 2015 and 2016, twenty-one education providers joined the scheme and obtained exemptions totaling PEN 215 million.

The universities reinvested between 47% and 69% of the funds on infrastructure; 29% on equipment, and; 5% on teacher training, scholarships, sports, and welfare. If the Supreme Court confirms the lower court’s finding and extends the life of CTR, SUNEDU believes that fifty-two for-profit universities will join. This growth will cost the national budget PEN 257.8 million.

Under the University Law SUNEDU holds principal responsibility for oversight of companies operating in the education sector. The agency monitors the use of CTR funds and issues fines when its guidelines are abused. Notorious cases include the Universidad Inca Garcilaso de la Vega, whose rector, Luis Cervantes, is under investigation for money laundering and for using educational center profits for his own benefit, and the University of San Martin de Porres, a member of the FIPES fined in August 2019 in the amount of PEN 8 million for using its assets to provide loans to associates and for making investments with non-educational purposes.

According to Sunedu, this growth will cost the national budget PEN 257.8 million.

Confirmation of the judgment would have wider application and set a major precedent for income tax collection from for-profit universities and education providers. But such a finding would not be the first and only setback to the government’s power to use the University Law to regulate the tax exemption.

In 2011, four months after José Antonio Chang Escobedo left office as minister of education to return as rector of the University of San Martín de Porres, President Alan García enacted Law 29766, whose sole objective was to extend the CTR until 2008. The tax code had previously stipulated that—unless renewed—the credit would cease after the third year, meaning that the scheme had been technically inoperative since 1999.

A group of universities subsequently filed a series of claims before the MEF Taxation Court to recover taxes already paid and to gain exemption from payments sought by the Peruvian Tax Administration (Spanish acronym: SUNAT).  The most significant case took place in 2012, when Universidad Alas Peruanas filed to ensure the CTP would remain in force.

This university was founded by the late Fidel Ramírez Prado, whose nephew, Joaquín Ramírez, was formerly secretary of the Popular Force political party and is currently under investigation for money laundering. The Constitutional Court ultimately ruled that since Congress had not repealed the CTR, the measure remained in force, and, accordingly, SUNAT should not have claimed income tax. The result enabled the university to reclaim tax paid after 1997. 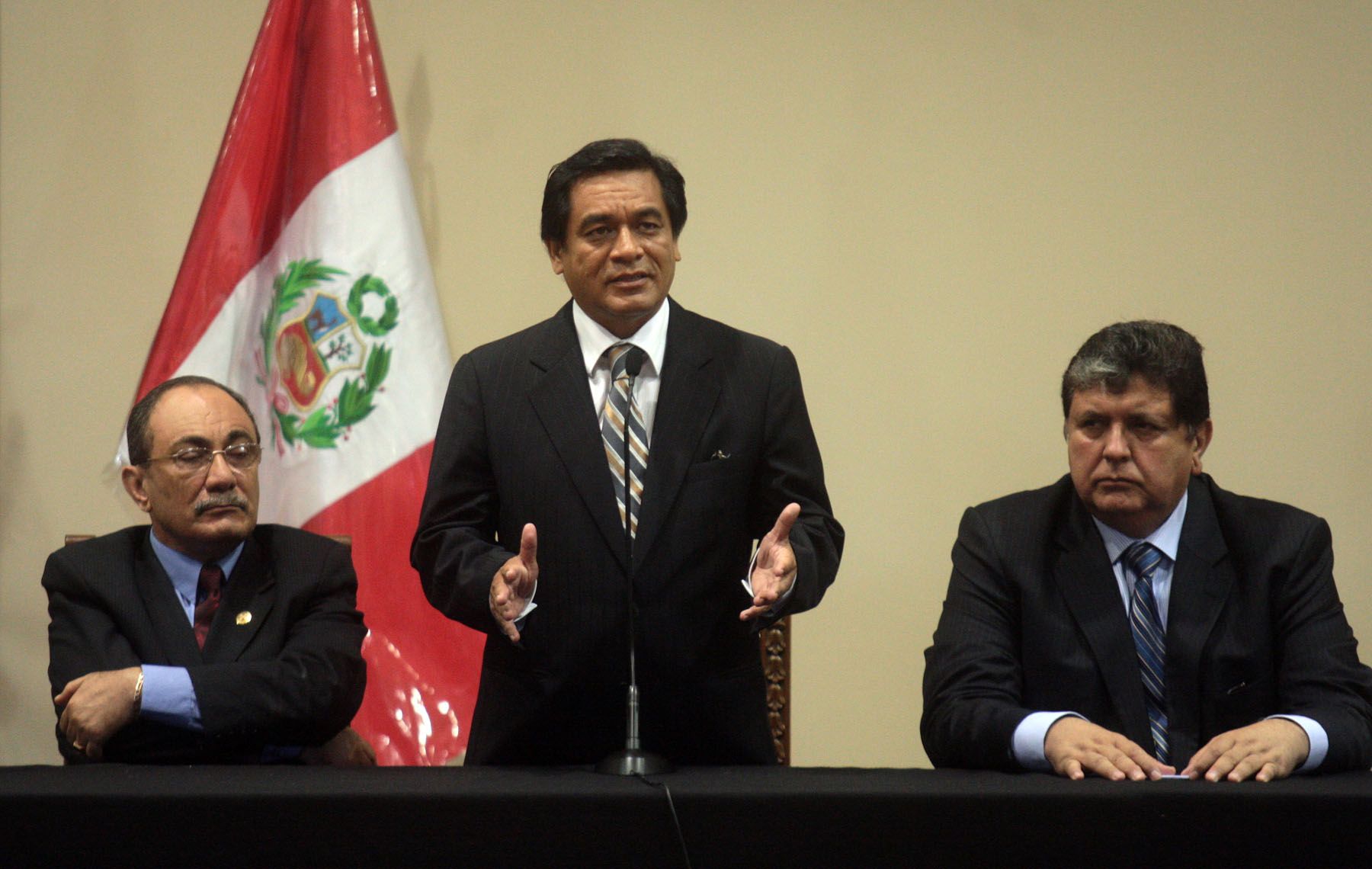 LAW WITH A LOOPHOLE. The law issued by the then President Alan García in 2011 extended CTR. This measure was beneficial for his former minister José Chang, who some months before had returned to USMP as rector.

In an interview with Gestion newspaper, the then vice president of FIPES María Isabel León claimed that prior to 2015 all private universities were “already paying all income tax, without exemptions, due to statutory provisions, or the absence of the specific regulations which combine to make  it impossible to access the existing reinvestment tax credit.” This statement was untrue, since, at the time, the institutions were continuing to litigate in order to avoid payment.

In 2016, with the University Law already in force, the Constitutional Court settled claims filed by the Peruvian University of Applied Sciences (UPC) and the Universidad Privada del Norte (UPN), finding that the Garcia government’s law was retrospective and inapplicable. The judgment enabled the two institutions to claim the tax credit for the fiscal years 2009 to 2011, costing the government PEN 69 million (PEN 65 million for UPC and PEN 4 million for UPN). The universities are both members of FIPES.

OjoPúblico sought comment from individuals referred to in this report. SUNEDU officials declined to comment. Through a spokesperson, María Isabel León requested that, as the matter was before the courts, any questions be referred to FIPES rather than Confiep.